Pedro Ferrer (Freixenet): “The year 2021 will be a record one, but 2022 worries about the increase in costs” 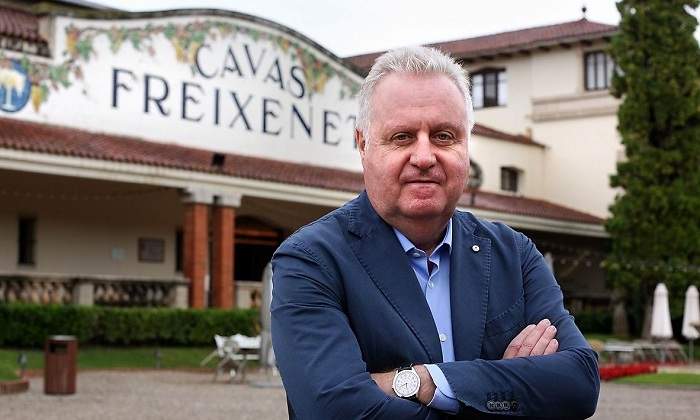 We reproduce the interview of El Economista to Pedro Ferrer, CEO and vicepresident of Freixenet.

Pedro Ferrer, vice president and CEO of Freixenet and owner of Ferrer Wines, faces 2021 with optimism after 2020 in which Freixenet increased sales despite the pandemic, and has the illusion of a new family project through Ferrer Wines, which he wants to turn into a leading distributor in Spain after incorporating brands from the Henkell Freixenet Group.

The merger of Freixenet with the German group Henkell has been good for the Catalan company. Although the Henkell Freixenet group reduced its turnover by 7.4% in 2020, to 1,195 million euros, due to the pandemic, the Freixenet brand sold 99.3 million bottles worldwide, 5.1% more than in 2019, and foresees that 2021 will be a record year, as Ferrer explained to El Economista.

What is the recipe to sell 5% more despite the pandemic?

The recipe is the internationalization work carried out for many years, dating back to the end of the 70s. The United Kingdom and Germany have been the two great engines of sales. At the beginning of the pandemic we already saw that in Spain it would be impossible to compensate sales without 90 million tourists, but we went to look for them at their home, in their countries.

With what approach? Because family gatherings and parties were forbidden…

Our presence in these markets is through distribution, rather than the hospitality industry, and the consumption of sparkling wine is not as linked to the celebration as here, it is taken a lot as an aperitif. People were confined, but kept making appetizers and dinners. And many people began to cook, and after hours of work you want to accompany it with quality products. Tourists who did not come to Spain took Freixenet in Hamburg, in Munich, in Birmingham…

Did the benefits suffer?

We don’t talk about profits, but our German partners were very cautious and conservative from the beginning, with investments and expenses stopped while waiting for the storm to end. Spending was curbed and sales increased, and that’s good for profit.

How is it working this year?

This year it is working very well. The other day I was speaking at a meeting of the Spanish Wine Federation and there is a feeling of optimism. Even in Spain, in September the numbers were already close to those of 2019. Until now, Spain was very halfway between the magnitudes of 2019 and 2020, at 50% between the two years, and exports are rampant, it is generating almost a situation of service difficulties, but the wineries take it with caution because it responds to the anticipation of orders due to the problems of international transport, which are causing the most distant markets, such as the United States and Asia, to have advanced purchases so as not to run out product at the time of the year with the highest demand, such as Christmas. We do not think that consumption is keeping that pace.

Is there so much demand now?

We are overwhelmed. We are doing the impossible and we have increased shifts, but what is expected is that when we have served everything, there will be a drop in orders, towards November and December; you have to be realistic, although it is easy to get carried away.

Have you ever had break of stocks?

Not for many years because cava for ten years has been quite stagnant. Not this year at the moment, but if the current rate is maintained for another month or two, we could have break of stock. From the middle of November the distant markets will be supplied. I think we will be near.

How do you anticipate Christmas?

We have reasons for certain optimism because there are accumulated savings and people want to enjoy life. We saw that in summer with full restaurants, and more expensive wine bottles are being demanded.

The year 2021 will be a turnover record for the Freixenet brand, but we will have to see what happens in 2022, because the increase in costs is beginning to worry: cardboard, paper, bottles, energy, logistics, etc., all companies are thinking of moving these increased costs, it is uncertain.

Freixenet is also strengthening itself as a wine brand…

We have been selling wines abroad under the Freixenet brand for years and it works very well. This year we started in Spain and we have exhausted the 150,000 bottles available, so we will increase production. The strategy is to focus on a few brands, with Freixenet and Segura Viudas at the fore. At Segura Viudas we are working hard because we want it to be one of the super premium Cava brands in the world. It is a very powerful brand in North America: the United States and Canada account for 75% of the brand’s Cava sales. And in Puerto Rico it is the best-selling sparkling wine.

The merger with Henkell has also led to a restructuring of the group, with sales of wineries and national and international brands. In the first case, you with some of your brothers and José Luis Bonet have acquired these brands and created Ferrer Wines, based in Cavas Hill, what objectives does the new company have?

After the 2020 corporate changes, we started in May 2021 and transferred 35 old Freixenet commercials. It is a distributor with some production (Cavas Hill) and we want it to be one of the emblematic distributors in Spain, with a focus on hospitality (70%) without forgetting food.